#164
The Hentenna can be designed for FM frequencies. Its similar to the Moxxon. 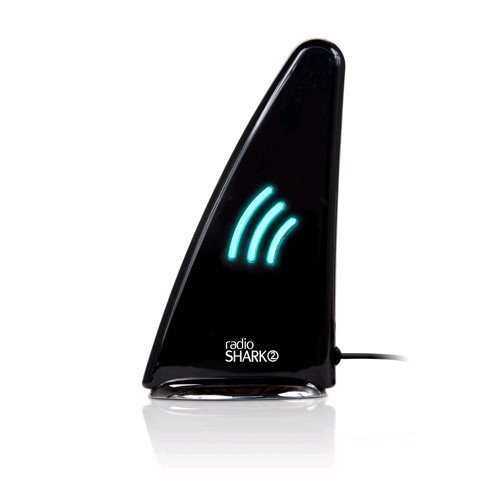 Click to expand...
I found only three parts of what seemed to be at least a four-part series on this antenna modification...

#168
I also see a JFD 10 element and some smaller yagis in one of the Allied Catalogs I have. I post them up too.

You'd think it shouldn't be that hard to build a desktop antenna for FM. But the people who make "rabbit ears" work to make the outside look fine, and then pinch pennies on the inside, where they figure you won't see it. Besides, they don't know what they're doing. The rotary phase switch found on most antennas actually generates FM multipath distortion...and TV ghosts.

So we decided to design our own. It has only enough metal parts to make it work, and no dumb "phase" switch...those actually manufacture multipath. We then add a quality transformer, put in a plump shielded cable with a 24K gold plated F connector (an instant-connect plug that fits all modern TV sets). The result is the FM-S Super Antenna, now in its third incarnartion.

We tried it first on a TV set, and we were stunned. Without the phase switch, without a twin lead to act as a second antenna, and with minimum loss and interference thanks to the special cable, off-air broadcasts looked better than ever (yes, much better than on cable). The result on FM is dynamite. The Super Antenna covers all broadcast TV stations, channels 2 to 69, plus the FM band. We even have customers who tell us they're using a Super Antenna to pull in off-the-air high-definition signals.

The antenna is available with 21-day refund, less only our shipping cost
ORDER FM-S Super Antenna, $55 Canadien.
Click to expand...

Click to expand...
It looks old school though.
D

#171
I'm a bit skeptical of the claim that phasing controls on many set-top antennas can create multipath. Now that I've got my monitor oscilloscope set up on my AJ-1510 tuner, I could test for that. If I had such an antenna...threw out way too much stuff when I moved last spring.

Have you posted the catalog page with the JFD FM antennas?
D

#172
EscapeVelocity said:
Ive got the Archer 10 element in the Allied Catalog from 1971. Ill post scans of it soon. You got more links to more parts of that series of pdfs on the RS 1638 Damon?
Click to expand...
http://www.anarc.org/wtfda/yagi1.pdf


So, guess I ought to contact them and ask if they've got the rest of the articles, eh? Wonder if the author's still around?

#173
Thanks for the links Damon. Here is the scan of the JFD FM 10 element from the 1970 version of the Allied Catalog. The JFDs werent in the 1965 Allied catalog nor the 1971 (combined Radio Shack/Allied catalog).

Also on this page are the Finco FM-4G, FM-5, and FMT-A...plus the Rhembrandt Stereo King of which I have an example of here at the house.

#174
Yeah, that's it! I bought two of the 10-element JFD log periodics at a Sears clearance store for about half price. They seemed to be the most directional and high gain of all the antennas I've ever had, and I regret losing them even though they were too much antenna for my limited means of mounting them.

Sure wish I had the exact dimensions so Brian Beezley could analyze their performance. I've always been very curious about the capacitors on the dipoles; don't understand their function at all.

The way things are going for high gain FM antennas, we'll soon have to build our own. I've got to learn how to use that antenna modeling software.

#175
Yeah those capacitance balls/hats on the yagi dipole elements arent common. I can make some wild guesses, but would like to know what exactly they are doing.

Interesting design Damon. Wish we had some measurements!

Carbon Fiber element makes no sense. Must of been the hip latest and greatest material at that time....still is I guess.

#179
Damon, it looks like I was mistaken, there is a line of JFD FM antennas in the 1965 Allied Radio catalog...but it doesnt look like they have teh capacitance balls on them like the ones from 1970.

That B&K Mark Stereo 7 antenna looks fantastic....a broadside array for FM, though the folded dipoles look to be a little too close in the vertical stack.
D

#180
Obviously JFD changed their design quite a bit; 1965 was about a year or two before I became actively interested in electronics in my high school years. The later version I had was a multiboom design, more robust and possibly easier to model, I suspect. Five active elements and five directors on a separate boom. Finco had a log periodic FM antenna with vee elements, I think, but apparently it didn't stay on the market very long whereas their venerable Yagi design stuck around for many years. But that was over 40 years ago, so my memory is vague at best.

The B&K is just...strange. I don't see how those closely stacked dipoles could be in phase to collectively add their gain. If it worked it all, it had to be unity gain.

I remember a lot of the TV antennas from my youth, especially the older 50s designs that were only starting to give way to more modern Yagi and LP designs. Yet the old, old multi-bowtie UHF array is still with us as strong as ever. The short UHF wavelengths make for some pretty fascinating designs.
Share: Facebook Twitter Google+ Reddit Pinterest Tumblr WhatsApp Email Link