If you need a converter box for an extra TV or as a backup for when your pay service goes out, you might want to go ahead and get one. They're quickly becoming a niche market item again as sales drop off.

#2
Key phrase in the article "The shift was driven primarily by falling shipments in the North American market following the analog broadcast TV shut-off."

History lasts exactly one news cycle anymore. Just this same year, long after Alexander Graham Bell died (attempt at a joke), in Feb, the same thing happened. The manufacturers had already geared down expecting the coupon program to end in the spring. Even after the govt ramped it back up, it took a few week to a month to be able to find them again in a lot of store. So I would presume the actually stopped making them in June or July, knowing the shipments in route should last until the coupons expired. It's the same reason these boxes weren't available back in 2005 when most of the country was already transmitting digital. It's called 100% market driven marketing. I really think one or two companies could have sold converter boxes before the transition. Another way to look at it but yields the same result is as soon as the govt announced the coupons, the manufacturers were bound knowing they couldn't sell boxes without coupons.

Oh well, one thing for sure the CECB was only for the coupon program.

But how would things have played out had there been no coupon program, yet still the hard analog shut off?

#3
You know the old adage about "making up on volume" -- well clearly the volume is gone. As you described it, this is a device which, now, people already have, there are practically no new televisions coming into the system that don't have one already, and the vast majority of people may never need another one. Surely a niche market, so the real question now is whether consumers will do their part to foster the niche market, i.e., being willing to pay a premium to make up for what, previously, manufacturers could "make up on volume".

I think not. I think once consumers see something for a certain price, they're not going to start paying double for just a few extra bells and whistles. And the availability of these boxes for dirt through eBay will further undercut consumer willingness to pay for a new, warrantied commercial device.

What I think we will see is a move towards integrating this capability into other devices, such as the Roku Digital Video Player -- devices where the ATSC tuner is just an added feature on top of the main purpose of the device being sold.
E

#4
I think CECBs will go the same place tube TVs are going. Away, and quickly.

They will eventually become curiosities at yard sales, similar to old UHF converter boxes like the one shown below. 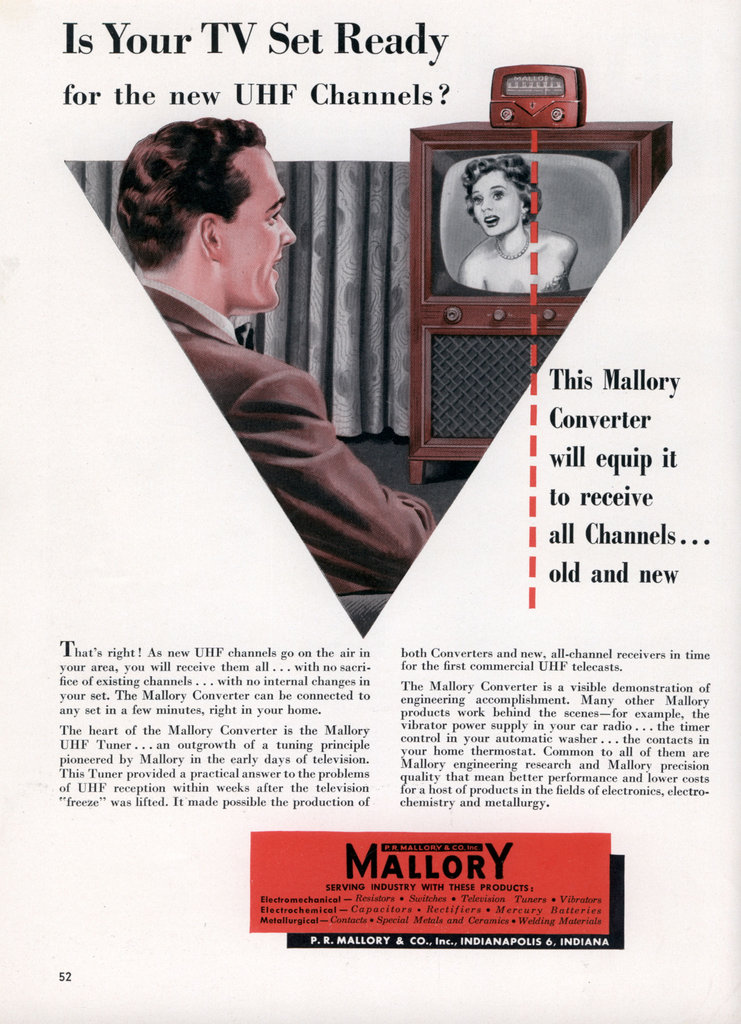